Annual price growth across London is in positive territory for only the second time in nearly two years, according to the latest edition of the UK House Price Index. Prices in London rose by 0.2% in the year to November. At 2.2%, UK growth is at its strongest level in 12 months. Across the prime London markets, Boris Johnson’s decisive election result in December created a clear sense of direction and an instantaneous effect. Far from being unlucky, data from LonRes shows the number of sales completed on Friday 13th was the second highest daily December total since the rush of sales on 3rd December 2014 prior to the stamp duty overhaul. Transactions in December were at their highest monthly level since March 2016, prior to the introduction of the 3% SDLT surcharge. Over twice the normal monthly level of £5 million+ sales took place, the most active this price point has been since the summer of 2013 (Lon Res).

Pent-up demand has undoubtedly been building across the market throughout 2019 and as we head to the spring this looks set to boost activity. The window of opportunity however may be shortlived. The potential introduction of an additional surcharge for non-resident UK purchasers, plus the erosion of the Sterling discount are both set to impact overseas purchasers. Stock levels also remain low. Across prime central London new instructions to the market over the course of 2019 were down 20% on 2018, year-on-year instructions in the final quarter down over 10%. It is hoped with more clarity, prospective sellers will enter the market over the coming months. 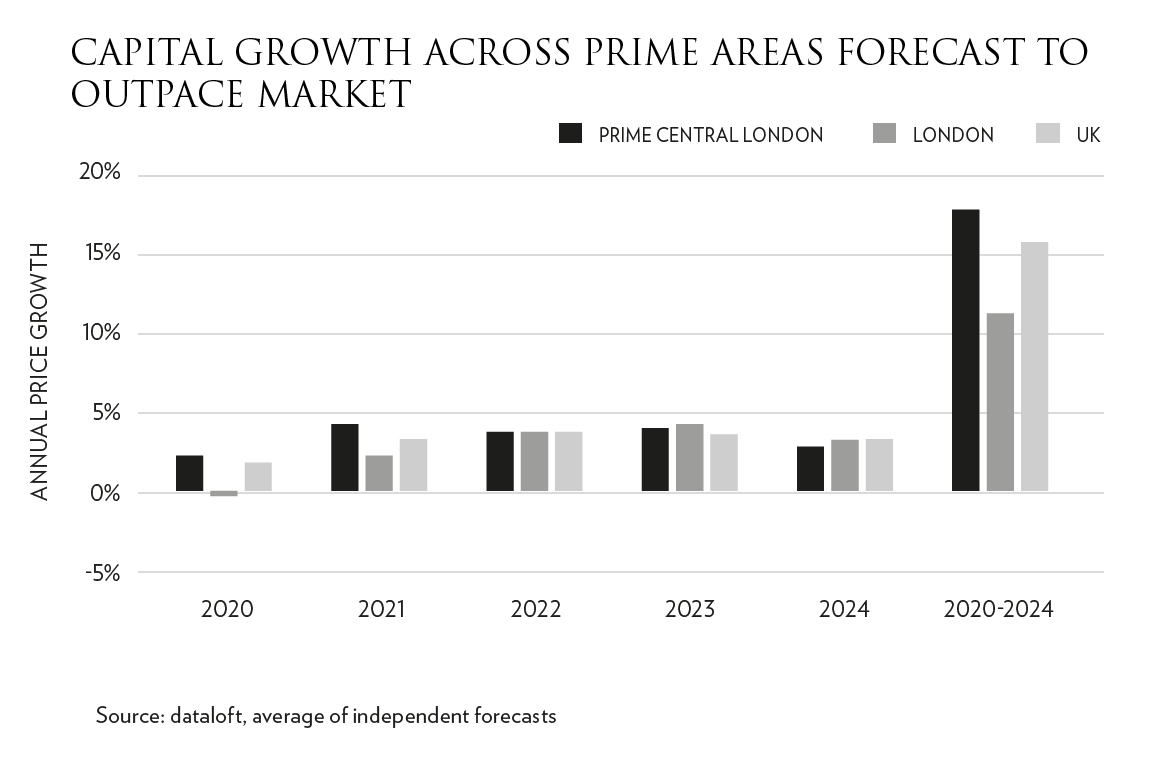 While annual price falls have epitomised the market in recent years, an average of independent forecasts predict modest but positive price growth of 2.3% across prime markets and 1% across the capital as a whole, during 2020. Compound growth until 2024 is predicted to be 18% and a net balance of London surveyors are the most positive with regard to price growth for over four years (RICS, December 2019).