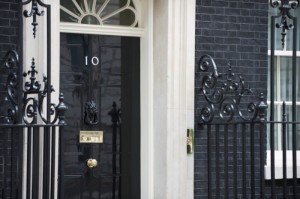 Friday 8th of May was a day of great relief for the London property market after the conservatives assumed a majority in the House of Commons.

The unexpected election result has ended a period of uncertainty and is expected to stimulate the market and unleash the pent-up demand.  The London property market, and in particular the Prime London Market, has been at a virtual standstill since the summer of 2014, with only a limited number of transactions taking place, especially in the £2m plus segment of the market, following the announcement of a Mansion Tax by the Labour Party.

Furthermore, announcements by the Labour Party regarding the abolishment of the Non-Domicile Status caused further uncertainty in the market prior to the general election, with the potential for high pressure on sales at the high end of the market should such an abolishment have been implemented.  These pressures have now been relieved.

The financial markets have responded very swiftly to the news and some major real estate stocks saw the highest share prices of the last six months.  The Pound also rose against the US dollar.

We believe the market will now gain momentum, with international investors regaining confidence in the prime property market in view of the forthcoming political and economic stability.   Although we do not expect to see major immediate spikes in property prices, as many pre-election factors that have not changed should also be taken into account, the deferred demand will now flood in creating a buoyant market.

While London still remains a very competitive and very attractive marketplace, it should be noted the introduction of various property taxes since 2012, and the latest introduction of the highest SDLT rates for the majority of prime London properties in December 2014, bring London more in line with other major cities around the world. Another factor that should be taken into account is the built-up supply, which might be topped up by sellers who have been waiting to see the post-election result before putting their properties on the market.  This additional supply might take some time to be absorbed.  Finally, there is the continuous impact of the mortgage market regulation and the potential for higher interest rates in the medium-term.

With the Conservatives in power, and with the expectation of no further introduction of major property taxes, we believe the London property market will continue growing at a healthy, steady rate with much higher levels of activity.  We believe the 2015 election result is the best result the property market could have hoped for and has sparked optimism in the whole industry.