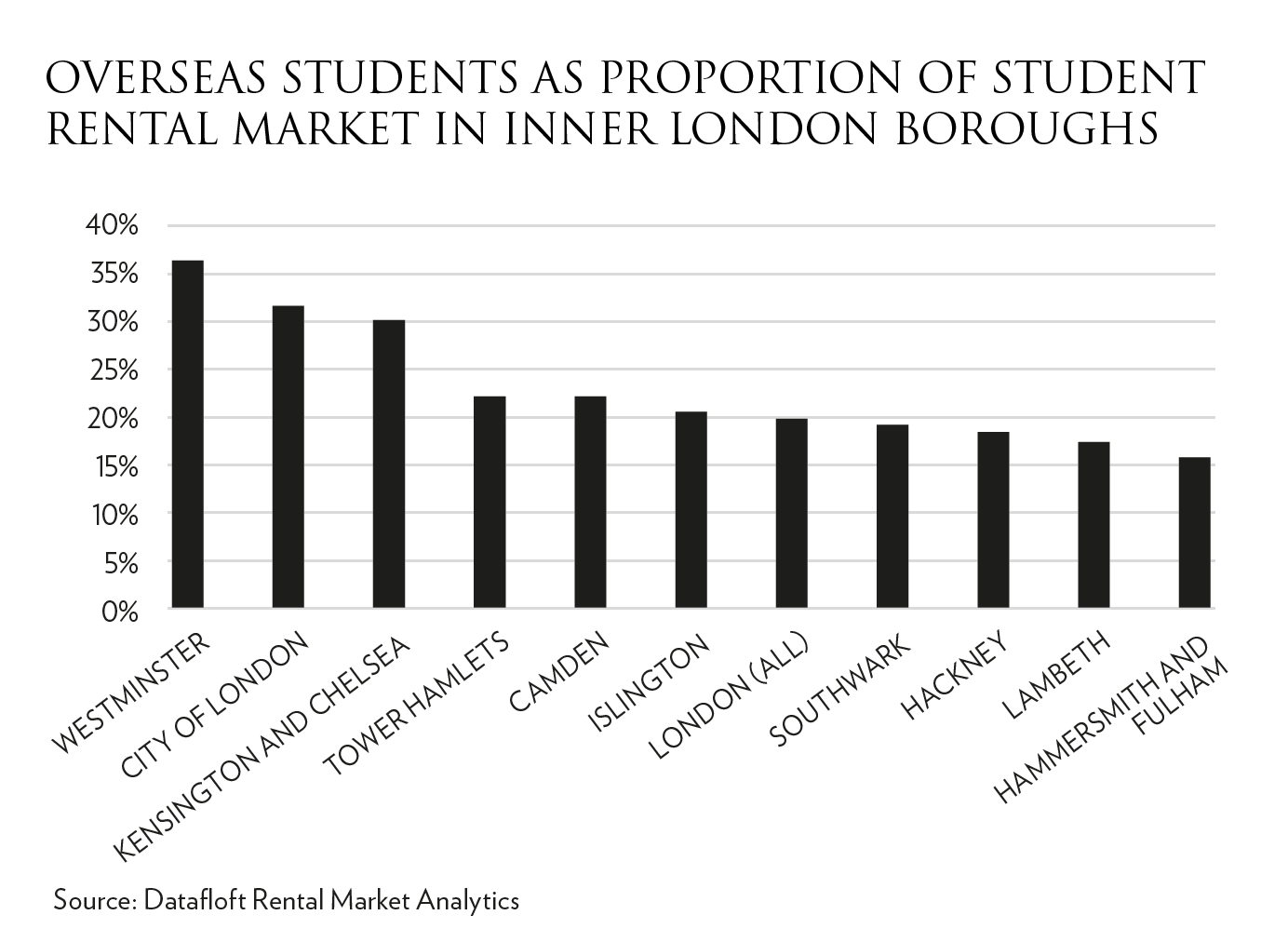 Just under a quarter (24%) of leases in London expired between April and June compared to nearly a third (32%) across the UK, cushioning the London market to some degree during the height of the COVID-19 pandemic (Dataloft Rental Market Analytics). The number of new lets agreed across prime London in April and May was 80% lower than the same period a year ago as corporate lets all but disappeared as travel halted. Knight Frank report new instructions across prime London in April and May consistently above the same period last year, with 2,000 properties brought to the market across prime central and prime London during June (LonRes). 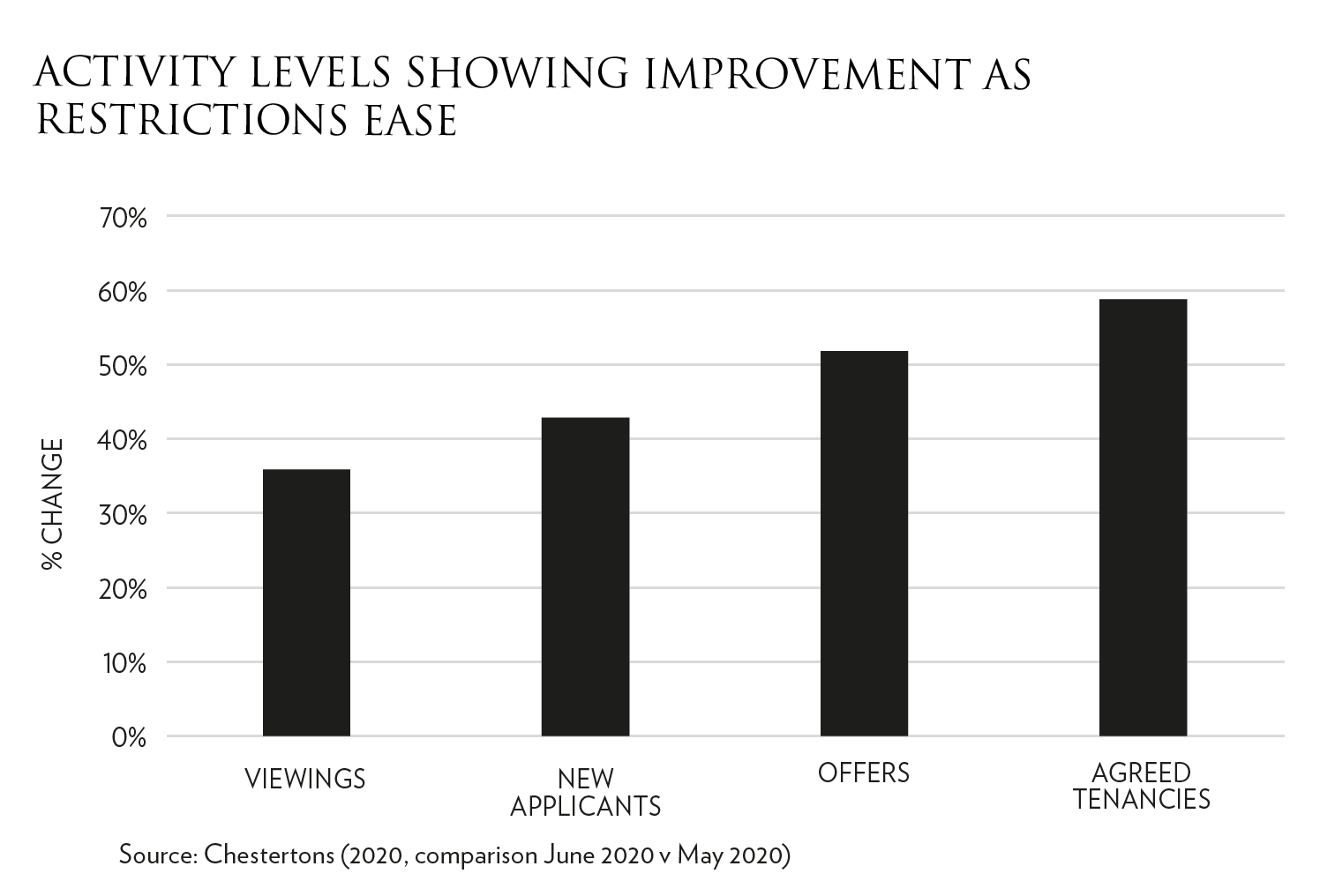 Since the market reopened there has been a steady rise in activity, particularly in the lower (less than £500 per week) and higher (£3000+) markets. The number of new prospective tenants registering was up by over a third on the five year average every week in June according to Knight Frank, with both Knight Frank and Chestertons reporting a surge in viewing numbers.

Prime markets were flooded with unlet stock from the short term market while there was no business or holiday travel. That inevitably put
downward pressure on prices. Average rents are 4.6% lower across prime London this June compared to a year ago (Knight Frank) and while
demand is returning, rents will remain attractive in the near term, with landlords keen to let properties ahead of the autumn. July to September is traditionally the busiest rental period in London, and more normality should be restored as borders are now open. The impact of COVID-19 on student numbers in the new academic year, particularly those from overseas, is as yet unknown. Like all global cities, London will keenly anticipate the return of business and leisure travellers as the economy reopens.