Sales activity across prime central London rose 12% year on year during Quarter 3, with volumes to date in 2019 up 4.6% on 2018. LonRes report a 15% increase in mid-market sales (£1 million to £5 million), and a 12% increase in those under £1 million. Year-on-year sales volumes for prime market property (+£5 million) remain broadly stable. Uncertainty will remain until Brexit is resolved, however the ratio of new prospective buyers to new listings climbed to 11.4% during August, its highest level in over ten years, according to Knight Frank. Up 16%, the level of viewings over this summer were at their highest summer level in five years. Buyers are primed ready to transact and the decline in new listings has moderated. 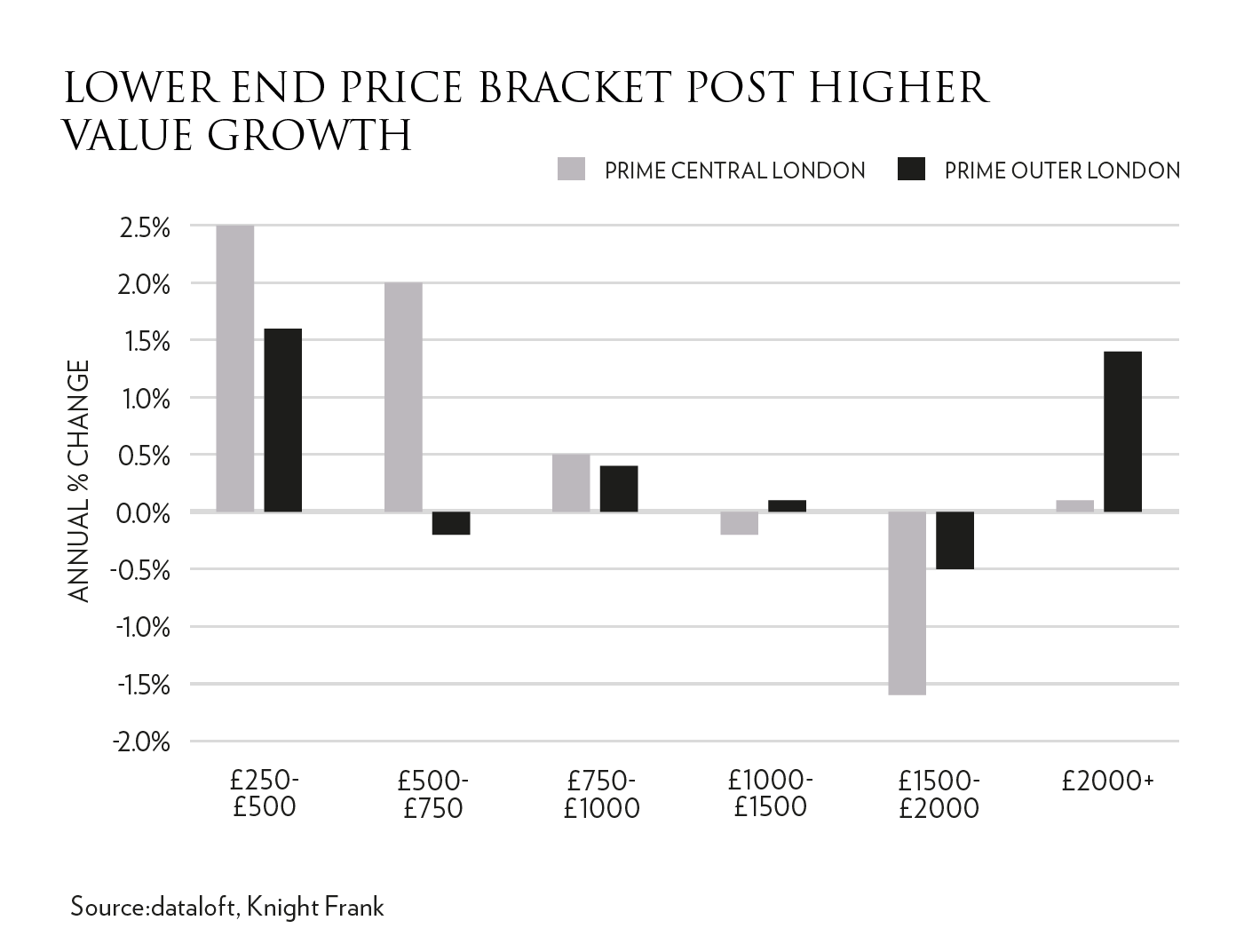 Although the London market remains subdued, latest data indicates that the capital continues to stand its ground on the global stage. London retains its status as the number one city in the world for education and maintained its global second place in the latest Z/Yen Global Financial Centres Index, behind only New York. No other European city ranks in the top ten. The city also remains a destination of choice for Ultra High Net Worth Individuals. Ranked 5th in global terms, Wealth-X report that London’s UHNW population has increased 5.4% over the past year. This is the highest growth of the top ten cities and propels London above Paris in the rankings.