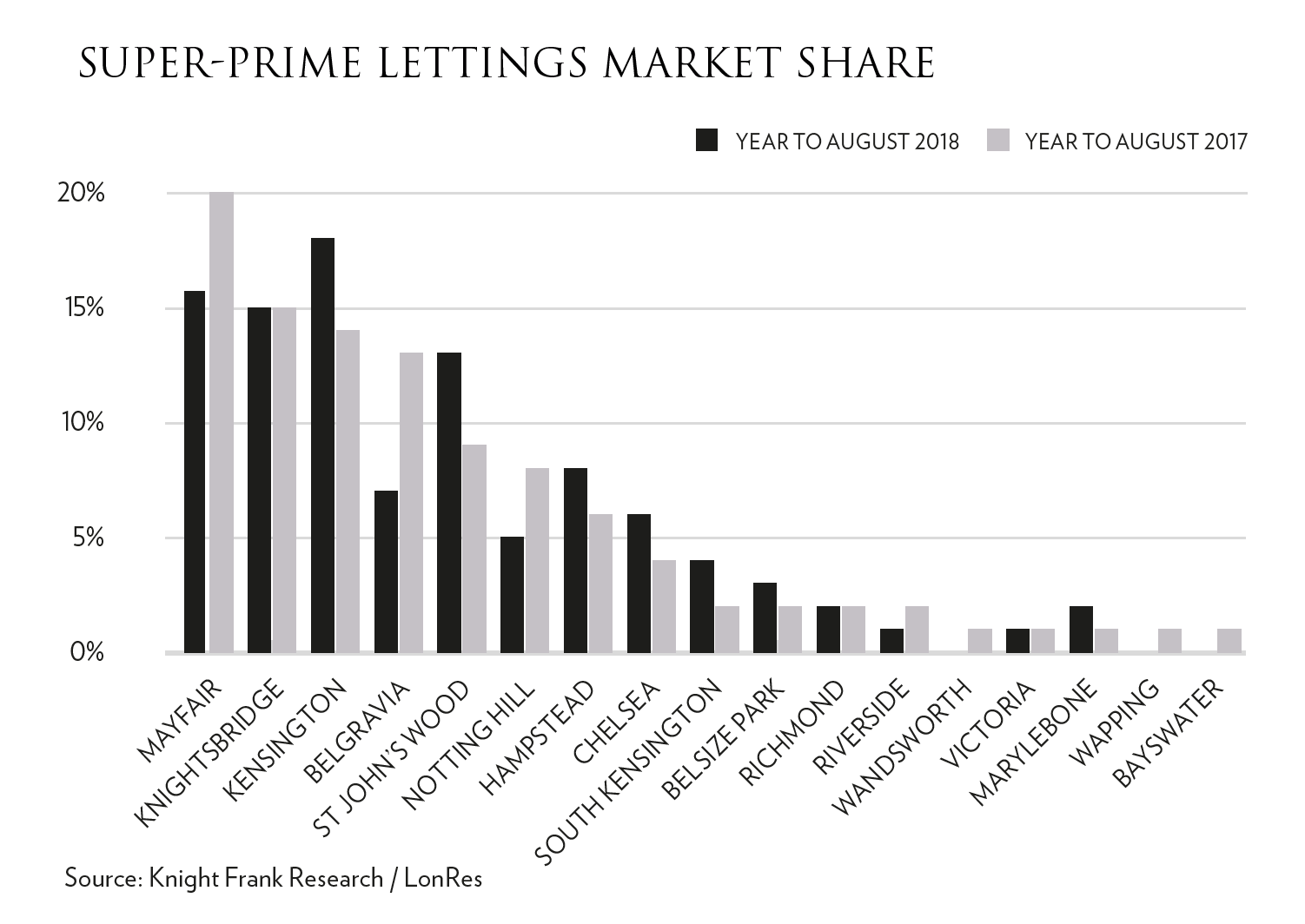 Annual growth in rental values across the UK remained stable at 0.9% in September, according to the official IPHRP produced by the Office for National Statistics. However, rental growth is projected to rise to 2% over the next year, and average 3.5% per annum over the next five years, according to the latest survey from the Royal Institute of Chartered Surveyors. Across London, for the fifth consecutive month, average rents remain lower than a year ago, albeit the 0.2% decline is slightly less than the 0.3% experienced in July and August. Respondents to the RICS survey anticipate little price change across the Capital over the next year, although longer term expectations are more positive. Knight Frank report annual rental growth has returned to prime central areas, with rents rising by 0.9% in September compared to a decline of 3% in the same month last year. 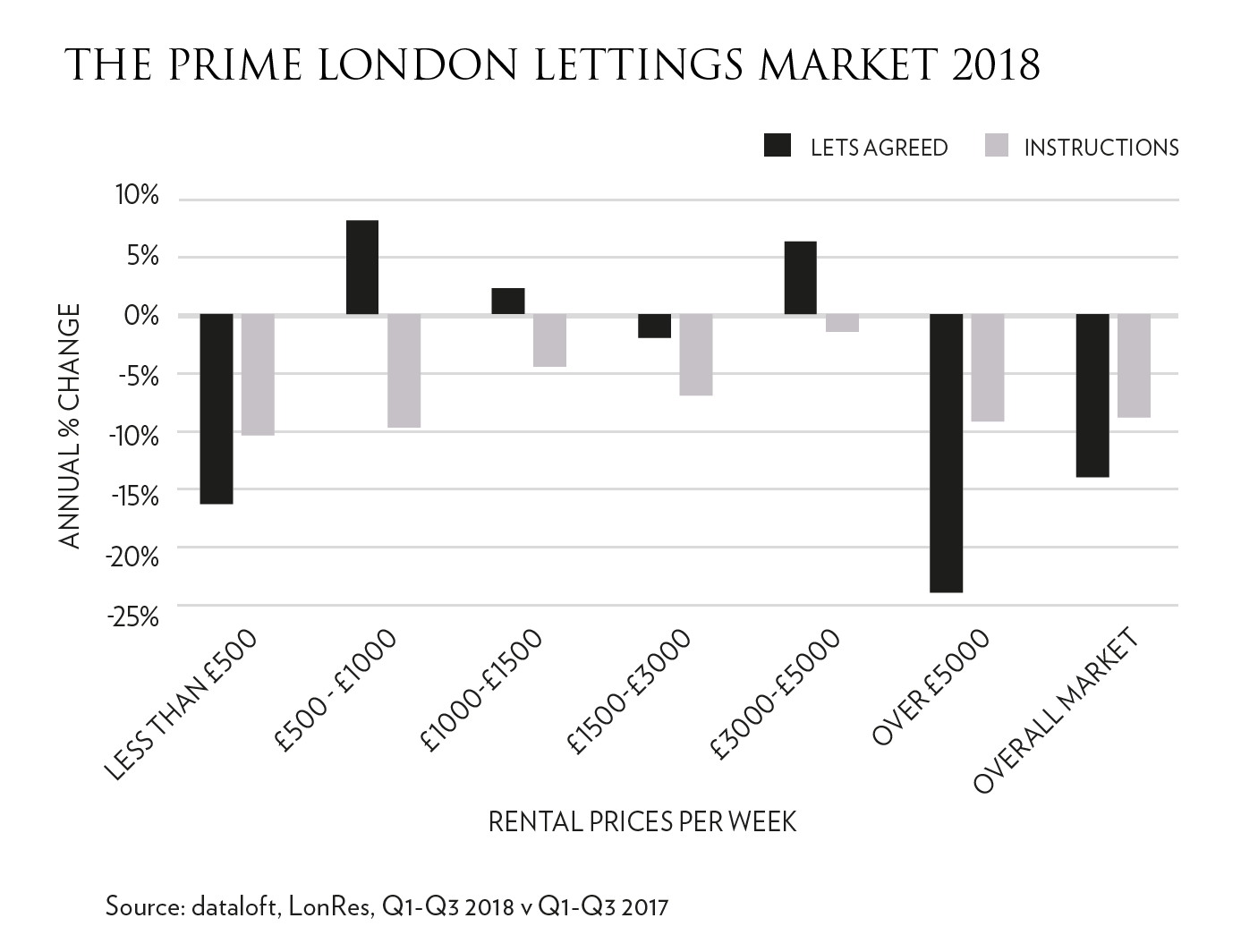 The interplay between supply and demand in the rental market is well known, and there are signs that supply across the Capital is tightening. Data from LonRes indicates to date in 2018 rental instructions across prime London are down by 8.8%, although as with the sales market this disguises nuances. Instructions of properties up to £1000 per week are down by 10%, while those with a rent of between £3000-£5000 are down by just 1.5%. While instructions are down for properties over £5000 per week, the super prime market (+£10000 per week) is holding steady. The prime residential stalwarts of Kensington, Mayfair and Knightsbridge remain the locations of choice for those seeking a super-prime let.

September is traditionally the busiest month in the annual calendar for lettings and 2018 is no exception. However, across the prime London market, the volume of lets agreed is down on the same month a year ago, a trend that has persisted across the market for much of the year. RICS report that tenant demand across London has staged a sustained recovery over recent months and it may well be that some are delaying the decision as to whether to rent or buy until the Brexit question is clearer.